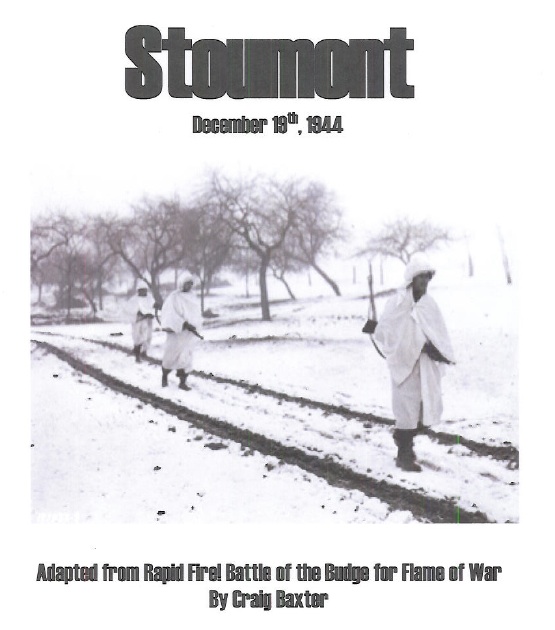 Forces and Order of Battle: The OOB taken from the Chris Baxter’s original scenario notes ,pdf file then slightly changed by WR. The minor WR changes from Chris’s original scenario OOB are noted with red text. For both the American and German off-board field batteries, their independent observer teams are not present on the tabletop, therefore only the senior company commander team, for both sides, can summon (range in) artillery bombardments. 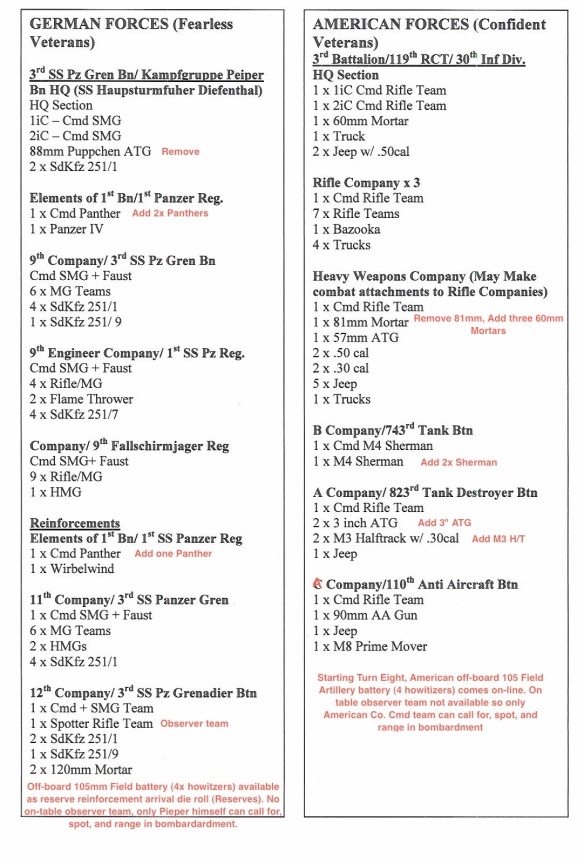 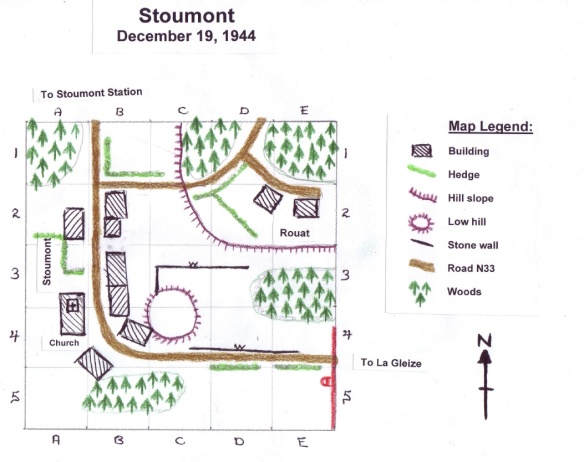 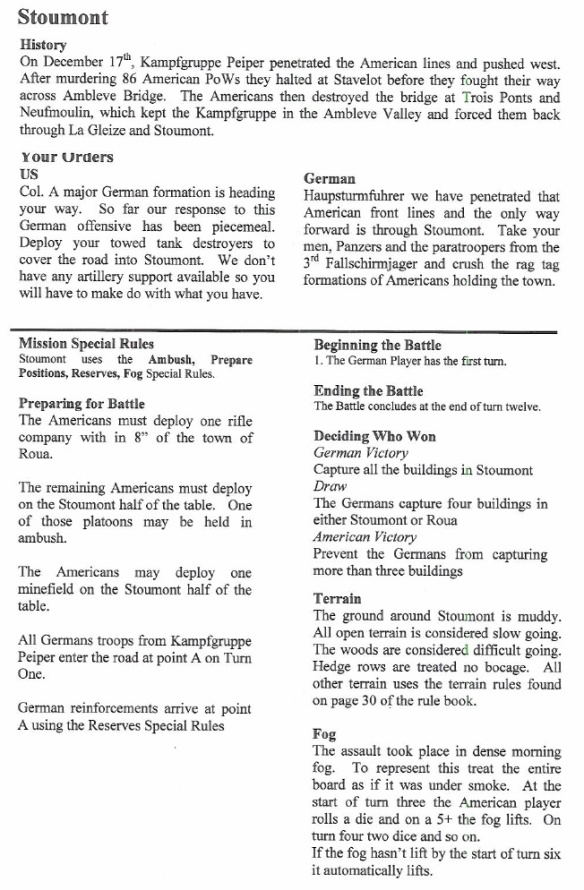 The scenario tabletop lay out. Soon a WR article on the scenario game at Orccon 2019.

This site uses Akismet to reduce spam. Learn how your comment data is processed.